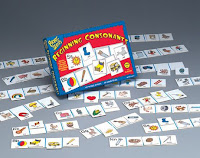 I was listening to the radio one day in the car, and heard an interview with Julie Andrews, the Broadway and movie screen actress/singer. She said that her voice instructor kept emphasizing consonants. Pronounce those consonants when you sing, was the message. Suddenly, I realized why I so often do not understand the words sung in church by volunteer choirs. They have wonderful voices. They sing the notes beautifully. Yet, they do not pronounce their consonants, so the lyrics are lost to the ear of the listener.

Consonants seem like such a small thing, yet they are so important to the message. As I listened to the interview on the radio, I realized that I, as a preacher, need to pronounce my consonants. When I work on my consonants it forces me to slow down the pace of my speaking, which is good for a New Yorker like myself. Second, it keeps me from dropping the endings of sentences, for there are consonants to be emphasized on the final words. We have all heard preachers who seem to run out of breath and energy half way through a sentence. You cannot hear the end of the sentence. The message, if there is one, is lost.

All aspects of our life have "consonant" parts to them, small, yet vital to living life well. To keep a relationship strong, we have to do little things each day to sustain the bond. To do something big on occasion, such as a romantic dinner, but to ignore the other person most of the rest of the time, will doom the relationship. In any running program, our socks, shoelaces, hydration, are crucial to doing the run. Small things add up to make the run successful.

It is like that in our faith and religious practice. Someone might say to me that they stopped going to mass. That was the final event or decision in a whole series of smaller things that they stopped. Those morning and evening prayers began to be dropped. Grace before meals was dropped. The decision to do something else occasionally on a Sunday, then became a habit. Small "consonant" decisions all added up.

So it is for anyone who is joining the church at the Easter Vigil. They are full of zeal and have filled their days with devotional, spiritual practices, and doing good deeds for others. What will sustain these new Catholics in the coming years? Small daily practices that take but a bit of time each day will sustain them through the tough times. The sacraments will be a regular part of their life, if daily prayer and reading is done. It is the same with anyone who wants to come back to the church sacraments. They can come back to the sacraments. The Risen Christ awaits them and walks with them. This new found zeal will only be sustained with daily "consonant" acts of prayer and love towards those around us. The big decision to return is supported by the little daily decisions to exercise our relationship with the Risen Christ. Alleluia!