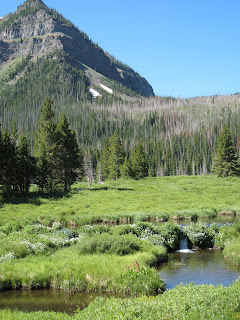 The presenting problem is that the daughter is possessed, or “tormented by a demon.” Jesus says nothing to the mother. I understand this response. I have had mothers come to me and say that their daughter is a devil, or possessed, or some such description. I wait. I sense that there is more. I find out that the mother has diagnosed her daughter based upon the behavior of the daughter, which goes counter to what the mother wants.

I believed that Jesus sensed the real issue was the mother’s overarching need to control her child so that the child will become the image the mother wants for her. The mother tries nagging the disciples and Jesus. She probably nags her daughter too, to get what she wants. The disciples, like the daughter, get upset with this woman and wish she would go away.

Jesus is working on the mother’s issue of control. He is trying to wean her of trying to get her way. He gives an evasive answer about being sent only to the lost sheep of Israel. The mother persists, but now she is down to “Lord, help me.” She is a little less focused on her daughter. Maybe the mother is getting the sense that she is the one who needs help. Jesus wants more from her. He refers to her as a “dog” which is the term for pagan gentiles.

Now the mother lets go of all demands, and in a deep sense of humble acceptance, the doorway to Christ union and holiness, says she is a dog, and will take scraps fallen from the table of the master. She will accept whatever Jesus chooses to give her. She accepts whatever Jesus wants to call her, and whatever he wants to do for her. She is changed from the woman who tries to manipulate people and situations to get her way.

What great faith she has now. So Jesus says, “Let it be done for you as you wish.” But now she no longer wishes to change her daughter’s behavior. Her focus is now being open to the will of God, and seeing herself as not so important. And in this she has realized her true importance. She is a child of God, but had to have her ego a bit crushed by accepting the title “dog.” She is not dog.

So now the daughter seems healed at that moment of change in the mother. The daughter did not change. The mother did. Now the mother is much more accepting of people and situations. She has less need to control. Her daughter picks up on this change, and now there is more harmony between them.

We bring our presenting problems to God in prayer. God seems silent. Does God not care? Maybe the problem is in the one asking for help. Often it is we who need to change first before we try to change those around us.
Posted by Fr. Terry Ryan at 8:47 AM