Feast of the Holy Family: Continuation of the Christmas Homily, 2008 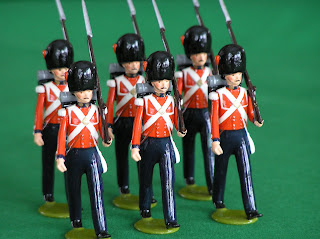 Now it was time to open my presents that had all been returned to my stack by the Christmas Angel. Though I was quite young, I had already figured out that long, thin boxes usually contained clothes. I needed an Oscar winning performance to show how glad I was to receive a shirt or underwear or whatever appeared when I opened such a box. I avoided these boxes until later. I wanted toys. Toys came in square boxes, and small square boxes were often toys.

I picked up a small square box. My parents made us look at the card or gift label, to see who gave us the gift, before we opened it. Though Santa delivered all gifts, there was at times the name of a person who was responsible for the gift. I did not question all this. The card on the first square box I took said, “Terry, Love, Maureen.” It was a gift from my big sister. I wanted to put it back under the tree. But once touched, a gift most be opened. This was our Christmas protocol. What could this gift be from my mean sister? Coal? Rocks? Poison? When I opened the box, to my surprise, the gift was a toy soldier, one that I did not have. It had a big pointed lance too, the kind that my sister could step on when she came into our bedroom.

It took me years to figure out why she gave me a gift that might cause here some misery. In Colossians 3: 12-14 we are encouraged to practice kindness, gentleness, compassion and patience. My sister gave me this gift not to change me or make me less selfish, forgetful, or self-centered. She did it to change herself. She wanted to become more gentle, kind and patient. That is why we give a gift or respond in a certain way to another person. If we only act so as to change another we will live an unfulfilled life of frustration. We act to be changed. God always loves us even if God’s love does not seem to improve our behavior.

A Holy Family or a Holy Community is not one where everyone is just perfect, like me! It is filled with imperfect people, just like me. We become holy by how we respond to the other in spite of their response to us. I did not become a better little boy with my new toy soldier. But I think that Maureen was well on her way to becoming a very good big sister.
Posted by Fr. Terry Ryan at 11:40 AM