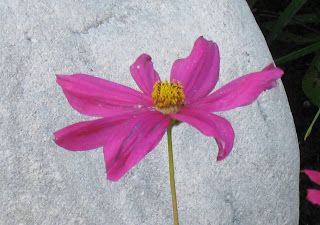 Mt 25: 14-30
When I was growing up with my sister Maureen, she used to get an allowance of 50 cents, and I got 25 cents. She was four years older than I, and did more, so it seemed fair enough to me. Each week that I received my quarter, I put it into my plastic treasure box, which I kept under my bed. I did not lock the box, for a feared I would lose the key. One day Maureen said to me, “Terry, give me your money.” “What?” I asked. Maureen demanded, “Give me your money. You don’t do anything with your money but keep it under your bed. Jesus says it should be taken from you, and given to me.” I stood against my bed, protecting my treasure and asked, “Where does Jesus say this?” Maureen took down the bible and opened to this gospel. She read the part to me about the fellow burying his money and having it taken away.

“I don’t want to be a Catholic anymore! I complained. “ I will be a pagan and keep my money.” Maureen took my treasure box anyway. I went to my mother and complained about Maureen and Jesus. My mother said to take it up with my father. When Dad came home from work, I confronted him with my loss of money and faith. Maureen showed him the bible. My father was silent for a moment. Then he said to us, “Terry, what if, when your treasure box allowance adds up to $3.00, you take a quarter and put it into the collection basket on Sunday? That way you will be sharing your money and spreading joy to someone who needs it.” He added, “Jesus wants us to be loving, right Maureen?” Maureen gave me a nasty look, but also gave me back my treasure box.

She would check the box now and again. When I would accumulate $3.00, she would announce to the apartment, in her booming voice, “Terry has $3.00, and it is time to pay up.” I never had to worry about missing a collection basket with Maureen around. From time to time, I believe an extra 25 cents might have found its way into my treasure chest. I think it was my Dad. Anyway, I was only a pagan for one afternoon, until my Dad taught me how to be Catholic with my treasure.
Posted by Fr. Terry Ryan at 9:05 AM